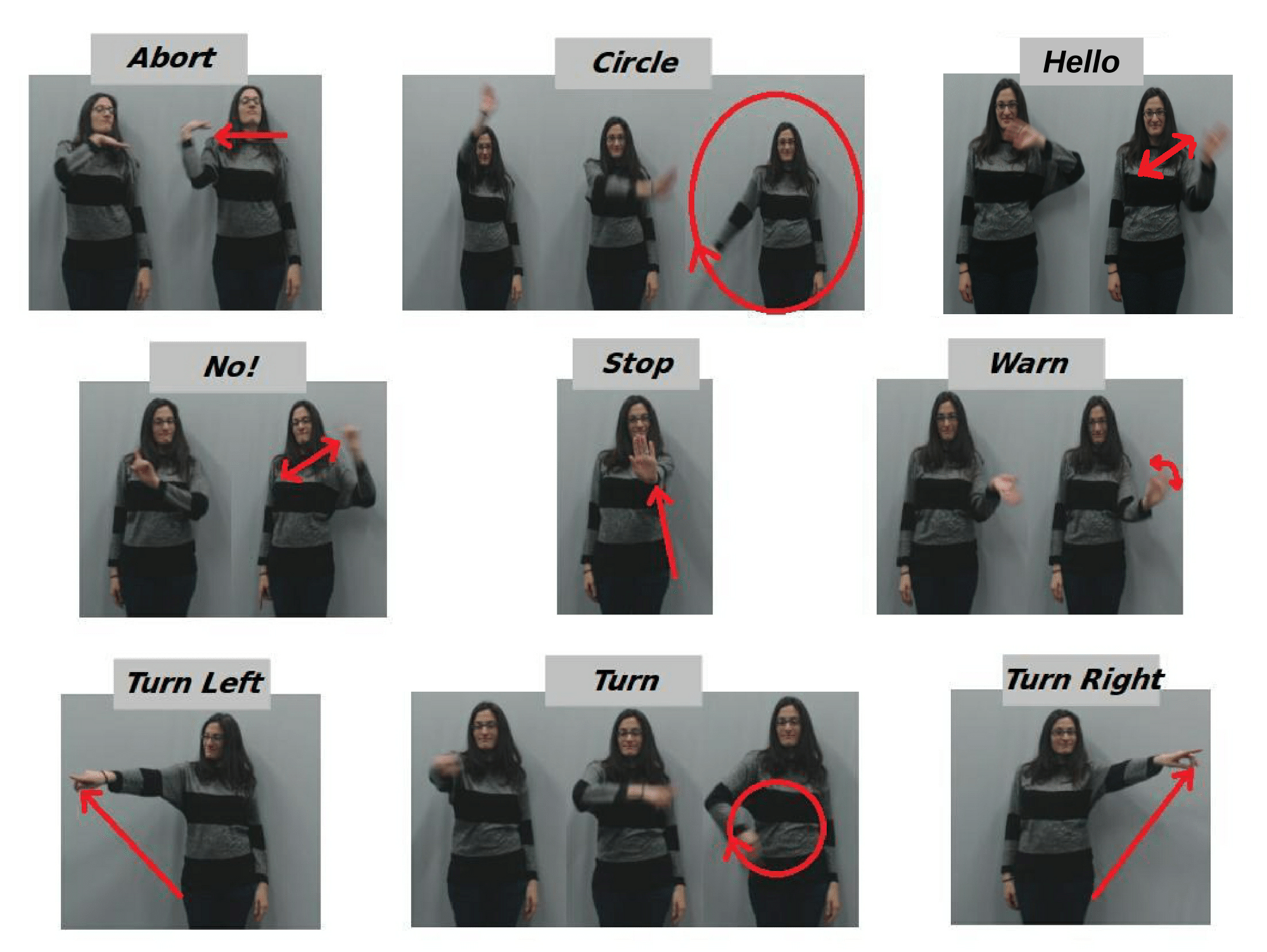 To evaluate our systems on a dynamic command gesture recognition task, we designed, recorded and organized the TsironiGR corpus. This corpus contains nine command gestures for Human-Robot Interaction (HRI): Abort, Circle, Hello, No, Stop, Turn Right, Turn Left, and Warn. Six different subjects were recorded, each one performing at least ten times the same gesture. We recorded a total of 543 sequences. Each of the gesture sequences is segmented and labeled with one of the nine classes. The gestures were captured by an RGB camera with a resolution of 640×480, recorded with a frame rate of 30 FPS.